‘Milo’s Troubled Soul’ is an animated interpretation of Salvador Dali’s ‘Venus de Milo with Drawers’. My version is part of my research into the field of form change in sculptures. The spectator sees a polished wooden sculpture with drawers that open and close. From the drawers appear dodecahedrons that rise to Venus’s head, where they form an incoherent, moving jumble.

The underlying idea in my clip is identical to the one in Dali’s sculpture. Dali was heavily influenced by Freud’s work, and the drawers he adds to his Venus are a metaphor for what is hidden in man’s subconscious mind. In this video the drawers slide in and out. Now and again a dodecahedron appears, i.e. a subconscious ‘bit’, which then rises to Venus’s head/consciousness. The head, that is where all our conscious feelings, thoughts and experiences are mixed into a chaotic jumble. What happens when our subconscious mind is tampered with and too much is dug up in too little time? 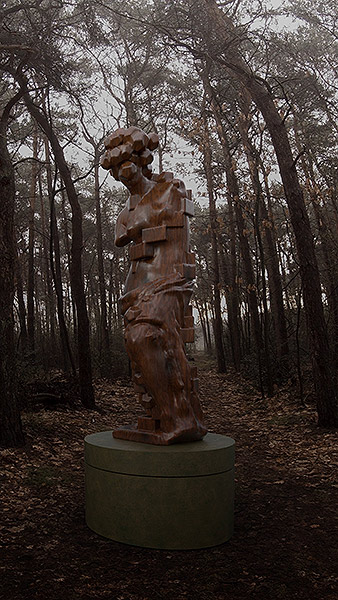