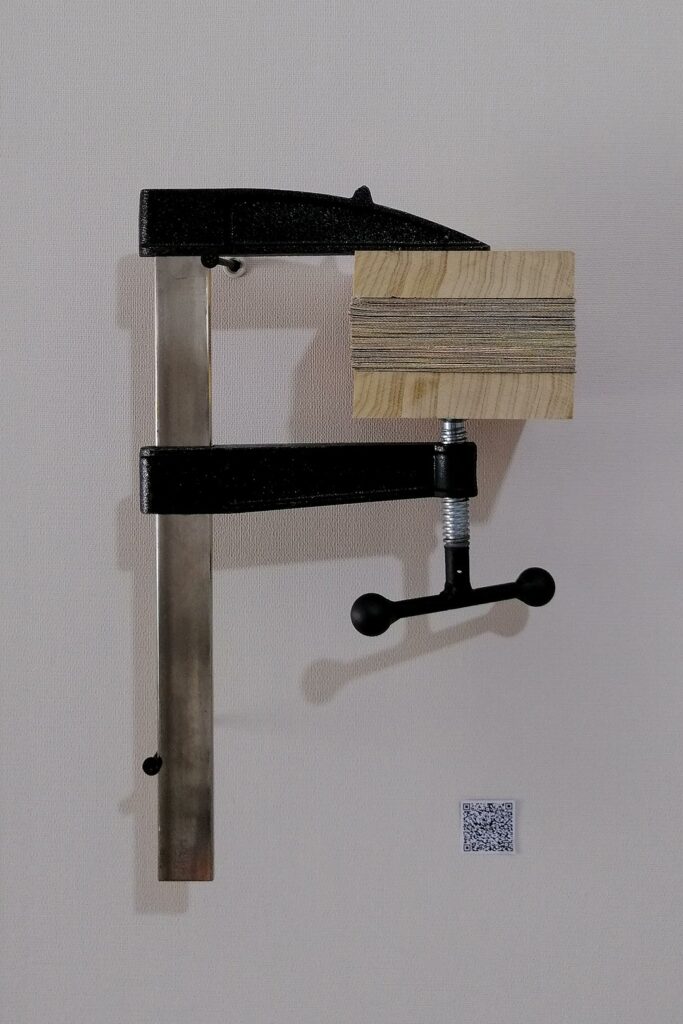 The artwork, of which nine different versions are available, shows a clamp ‘with content’. On opening the added QR code, one sees a painting. It has been cut up in pieces of 10 by 10 centimeters, and it is held by the clamp.

The artwork was directly inspired by the icon (see ill.) of the shareware data compression program for Microsoft Windows of the WinZip International LLC company. The program allows large files to be compressed to smaller ones, which are then easy to mail online.

The series ‘Old-Fashioned Compression Methods of a Painting’ is a humorous riddle. It is evidently not an obsolete way to make paintings smaller, as is suggested by the title. But if it is not that, then what is it?

The painting can only be observed if one opens the clamp and reconstructs the painting: it is a transformation from a tense, closed and compact entity to a loose, open and broad one.

The question that arises is this: what is the value of the painting now? It has been cut up and compressed, but at the same time it has been transformed to a new work of art, a ‘ready made’ of the kind Marcel Duchamp used to make. It has this duality in itself: it refers to its own digital compression, and possibly to a compression of its value.

Art is now sold for millions. With one click, ‘virtual’ money is moved from one account to the next. Is the art world stuck in its own capitalist ideals?